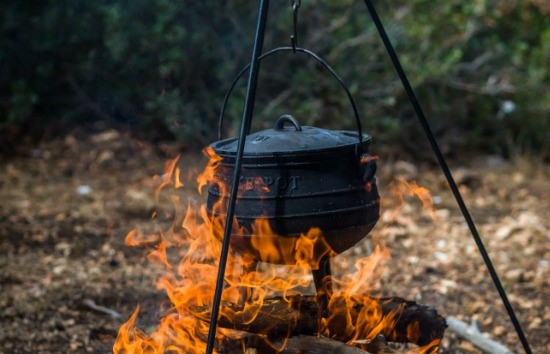 Hello everyone! Rob Raskin of Las Vegas here again, and today I’d like to talk to you about why cast iron cookware is a must-have for survivalists. Why limit yourself to eating merely for survival when cast iron cooking makes so many dishes a pleasure to eat. You can use cast iron to cook everything from meat to pizza to cornbread.

This article will tell you everything you need to know about cast iron cooking’s history, the benefits of cooking this way, and why once you try cast iron you’ll wonder how you ever cooked any other way.

The History of Cast Iron Cooking

Although cast iron cooking is trendy now, cast iron cookware has been used for centuries. If man used cast iron to cook his food before electricity was invented, you can also use it after a catastrophic event that knocks the grid out.

The Chinese first developed a technique for melting iron into a cast to make cookware around 220 A.D., and by the 16th century the technique was in-demand across Europe. The modern cast iron cookware we use today was originally patented in 1707. This technique hasn’t changed much since then because frankly, it doesn’t need to. It’s been popular for hundreds of years as-is, and it’s likely to remain popular for hundreds more years into the future—at least to the preppers who make it that far.

During the 18th and 19th centuries, it was said that cast iron pots were worth more than gold. These durable pans can last hundreds of years if they’re cared for correctly. You’ll want to keep this in mind if you have cast iron and you ever need to barter for something valuable.

The Benefits of Cast Iron Cookware

The benefits of using cast iron in your indoor or outdoor kitchen are nothing short of incredible—and delicious. 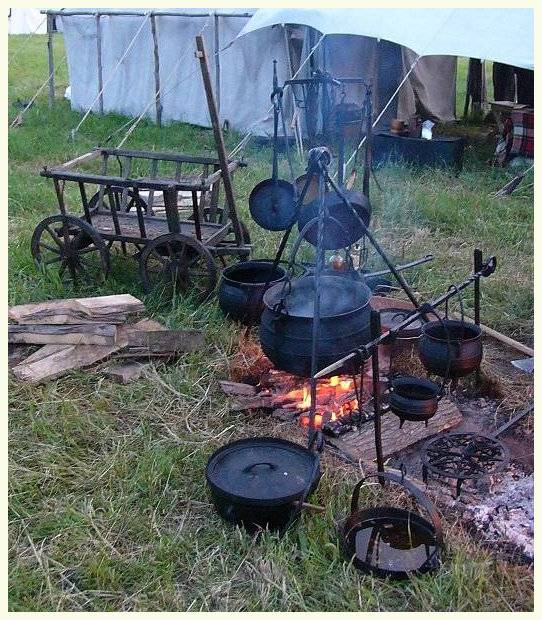 Aside from the obvious benefit of having cookware that will outlive you and double as a bludgeoning instrument and impromptu body armor, the biggest benefit of using cast iron cookware is the fact that it adds iron to your food. When you’re in survival mode, iron deficiency will be a big concern. You can increase your food’s iron content as much as 20 times by switching to cast iron.

You may not know it, but the pans in your kitchen could be coated with poison, all in the name of convenience and saving calories. In an effort to avoid using oil, non-stick Teflon was invented, and testing has shown the chemicals it contains are able to kill birds. You won’t have to worry about toxins when you use cast iron.

Your Food Will Taste Great

People who use cast iron agree it’s worth the effort of seasoning the pans because the taste of food that is cooked this way is far superior.

Aside from the health and taste benefits of cooking with cast iron, there’s a lot more to love about this cookware. 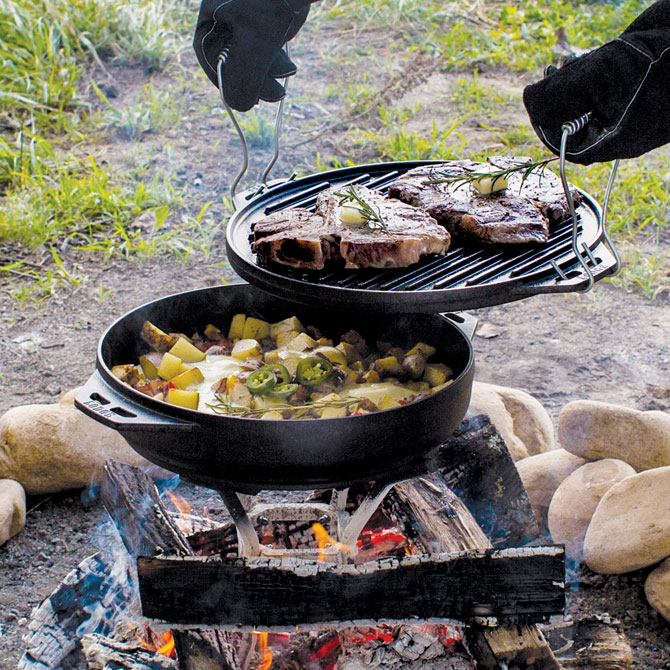 You don’t need to use soap on a cast iron pan, which is a big bonus in a SHTF situation. No soap—no problem! Simply lift the food off the pan with a spatula. You can also boil water to remove stubborn cooked-on food afterward.

Unlike cookware made of cheap steel and aluminum, cast iron cookware will evenly disperse heat, leading to food that is cooked uniformly throughout the dish.

In your kitchen at home right now, you’ll be able to cook your meal in cast iron on the stovetop and move it directly into the oven. After TEOTWAWKI, you’ll be able to use your cast iron cookware directly on coals in your outdoor kitchen. As long as you have a skillet and a Dutch oven, you’ll have everything you need.

If you’ve ever bought a set of new cookware, you know how expensive it can get. When it comes to cookware, there are so many gimmicks that come and go. Cast iron remains affordable, and it can often be found in thrift shops and at garage sales. You can get a durable cast iron skillet at a big box retailer for under $20.

I don’t know about the rest of you, but writing this made me hungry for a steak! Until next time, this is Rob Raskin, hoping you have a great weekend. Next week I’ll be discussing how to care for your cast iron cookware and what to do if it rusts.

Remember, there’s no such thing as being to prepared! When the SHTF, your loved ones will thank you for  the time you spent educating yourself about survivalism online.

Learn how to clean a cast iron skillet at camp.