Your Guide to Emergency Winter Shelters

Building a shelter to protect yourself from the elements is a matter of life and death. 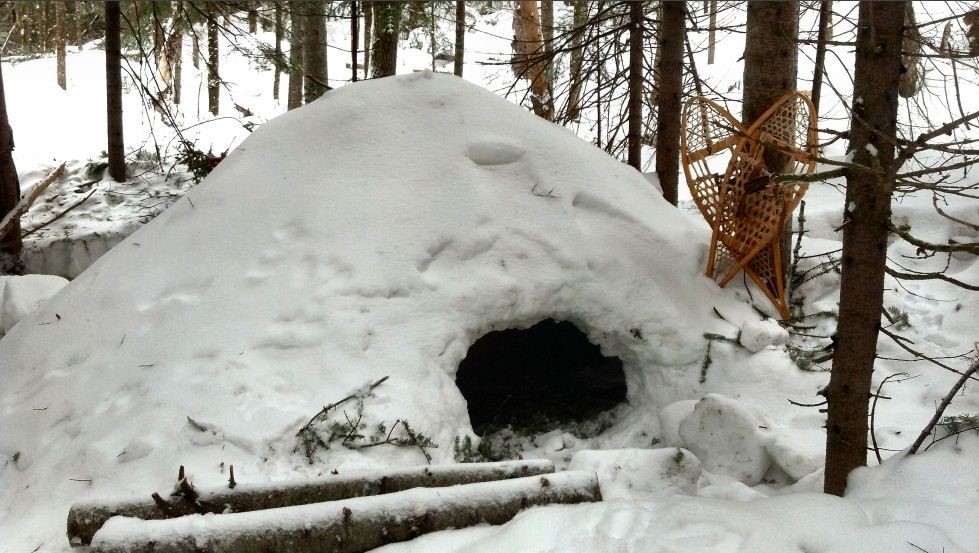 Hello all! This is Rob Raskin of Las Vegas, back with Part Two of our three-part winter survival series. In this installment, I’m going to discuss emergency winter shelters, why they’re necessary, and how you can build them.

After TEOTWAWKI, sheltering in place as we do for many storms today may be out of the question. Your home may have been destroyed, and staying in a neighborhood where people can find you could prove deadly.

Recent studies show that as many as 75% of Americans are not prepared for a disaster. According to a US Department of Housing and Urban Development report, 0.17% of the population is homeless, with over half a million of this country’s citizens out on the streets. In a cold weather climate in which failing to find shelter will mean certain death, there will be a lot of panic. You want to be as far away from it as possible.

With so many people who will be lacking even basic supplies and preparation after a catastrophic event, expect any shelters that are available to be filled to capacity. In winter, you can expect shelters to be much more difficult to get into, if it’s even safe enough or possible for any shelters to exist at all. That is why it’s imperative to have the knowledge, tools, and skill to create an emergency winter shelter yourself.

If you’ve done your planning, you may already have a skilled survival team in place, which can significantly increase your manpower. If members of your group are injured, they may still be able to help. For those whose injuries are too significant, the rest of the group can build a shelter that will give them protection from the cold while they recover.

Building Your Shelter: What You Need to Know

As I mentioned last week, hypothermia can kick in quickly. If you don’t get a weather-proof shelter into place, and fast, none of your other prepping efforts will matter. Whether you have tools on-hand or not, you can build an adequate shelter.

Tips for Building Your Winter Shelter

These basic tips will get you started.

In this week’s installment, we’ll take a look at shelters you can build out of snow or directly in the snow. Even with no other materials around, you can still create these shelters with a few basic tools.

If you find yourself without shelter in the deep snow, the snow cave is your best bet. You’ll want to make sure you only attempt this in an area where the snow is firm enough that it won’t collapse, because you could be suffocated or buried alive.

To build a snow cave, dig into the side of a snowbank, but only after you’ve determined it’s stable enough. From there, dig upward again and create a makeshift platform out of snow with enough space for you to sleep on it. For ventilation, create a small hole in the “roof” of the structure.

If you have a saw and solid snow, you can create a snow trench of spur-of-the-moment winter survival. Saw a trench in the snow, cover it with branches, and pack those branches with snow for insulation. If the snow isn’t solid you can build blocks out of the snow to insulate the shelter. You can fit two people in this type of shelter.

In heavily wooded areas, you’ll find areas under tree branches where the snow is not as dense because most of it landed on the boughs above. Find an area like this and dig down to the ground beneath the snow to create a small shelter. You can pack the hole you dug with insulating materials like leaves, branches, or even heated rocks.

Be sure to join us again next week for Part Three of our three-part winter survival series. We’ll be discussing more elaborate shelters for long-term winter survival and give tips for choosing the site.

You can make a winter shelter without any tools!