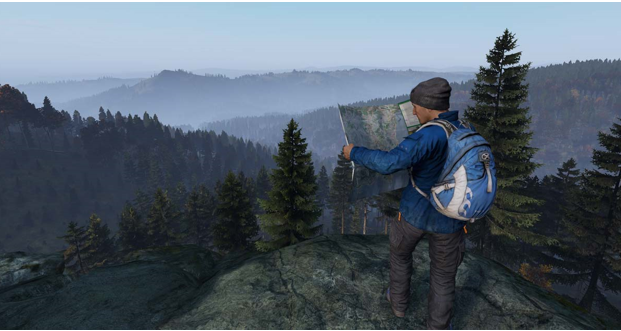 Video games that can help preppers develop the skills they’ll need for TEOTWAWKI.

Hello everyone! Rob Raskin of Las Vegas here again, and today I’d like to discuss the merits of taking a survival dry run with survivalism video games.

Survival is no game, but thanks to new and improving video game technology survivalists now have the opportunity to sharpen their skills in the virtual world. Although video gaming is no substitute for hands-on training, these games are an incredible way for preppers to consider how they might handle a wide variety of different survival situations.

The survival genre has become increasingly popular in the gaming world, and most companies have released at least one survival title. One of the best things about survival games is you can choose your apocalypse. Whether you’re more concerned about surviving in the wild, in a post-nuclear wasteland, or in a battle royale-style free-for-all, these games will give you the chance to do just that.

Most of these games have features that allow you to keep track of exactly how long you will be able to go without food, without water, and without sleep. Wouldn’t it be incredible if we had a way of tracking this in real life?

These are some of the bestselling survival games people are playing right now. Do you think any of these would help you survive the collapse of society?

This game isn’t new, but it’s remained a popular choice with preppers over the years. In Rust, players wake up in the wilderness naked, alone, and without any supplies. After that, you’ll have a number of different choices you can make that will either increase or lessen your chances of survival, just as you would if the SHTF in real life. These include going it alone, working cooperatively with other players, gathering weapons, and even avoiding booby traps. In Rust you’ll have the ability to build increasingly sophisticated tools, to hunt for your own food, and to build your own shelter. It’s easy to see why so many survivalists are turning to this game to practice their skills!

What does the Z in Day Z stand for? Zombies, of course. There are plenty of zombie apocalypse video game titles, but this one is different because it focuses on survivalism basics. This game is interesting because the zombies will hardly be the only foe you’ll need to defeat. One of the biggest threats you’ll encounter in Day Z is other players. While the walking undead is not a danger you’re likely to ever encounter in a post-apocalyptic scenario, encountering other humans are just as dangerous is something you’d likely experience on a daily basis, unless you’ve managed to find wilderness remote enough that you won’t have to deal with it. We should all be so lucky.

Playing this game involves a certain level of suspension of disbelief, because there is virtually no survival scenario outside of a Jurassic Park movie that will involve dinosaurs. However, that doesn’t mean it’s not a lot of fun to pretend you can just hop of a pterodactyl and fly away if you need to. In ARK: Survival Evolved, you will be part of a tribe that is ready to push their way into the Stone Age by creating tools, building villages, and more. You’ll have to defeat enemies and learn new skills if you want to stay alive, just as you’d have to in real life. Minus the T-Rex.

SCUM is a game you’ll want to try if you’re concerned about what our society will look like in the future if we experience a total breakdown of humanity. This is a more realistic possibility than many people are aware of. In SCUM, you’ll have a front row seat at the taping of a reality television show in which death row inmates are given a shot at survival for ratings. This game takes survival seriously, to the extent that it even measures your heart rate. It’s kill or be killed in SCUM, and taking other people out so you can get their gear is something you won’t be able to avoid if you want to make it out alive.

You’ll have to make a lot of tough decisions when you’re trying to keep a group of people alive in a world that has frozen over, and that is the whole point of Frostpunk. This game goes beyond mere survival. You’ll have to consider the needs of a society and not just yourself as an individual, and that includes making moral choices. Would you save someone’s life if they’d prefer to die? Could you keep the people you need to find supplies to stay warm, fed, and dry happy so they don’t revolt? Give Frostpunk a try and you’ll soon find out.